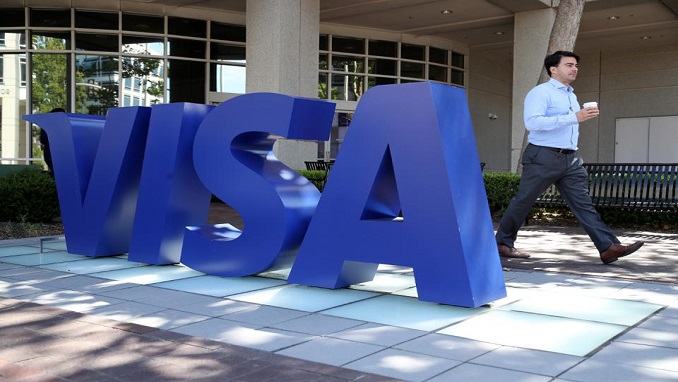 This patent applies to digital dollars as well as other central bank digital currencies such as pounds, yen, and euros and so the physical currency of a central bank anywhere in the world could be digitized.

Described as ‘Digital Fiat Currency’ the patent was initially filed by Visa on November 8, 2019, with the USPTO commenting today, “It takes quite a while…” to publish the filing of a patent. Visa’s patent is described as a central entity computer that receives requests that include the serial number and denomination of a physical currency.

The creation of the digital currency and the removal of the physical currency from circulation in a fiat currency system is recorded on a blockchain.

“This confirms when the U.S. does big things like the space program and the Internet, there are partnerships between the private and public sector. This patent filing is evidence the private sector is very much at work on the future of money.”

Giancarlo has been very active at the virtual ‘Consensus Distributed’ conference this week hosted by Coindesk.

The full abstract of the patent filed by Visa is described as, “Techniques are disclosed which include receiving, by a central entity computer, a request for digital currency. The request includes a serial number and a denomination of a physical currency. The central entity computer generates the digital currency for the denomination and linked to the serial number.”

The patent lists the applicant as the “Visa International Service Association,” in San Francisco, CA and notes the inventors as Simon J. Hurry and Alexander Pierre. The patent further describes the workings of a digital wallet and a blockchain.

The second record in the blockchain describes “… recording the removal of the physical currency from circulation.” A schematic including the front end, middleware, and back end of the invention is below.

Visa has made previous major announcements, keeping a close eye on the cryptocurrency and blockchain ecosystem.

Last year, Visa was originally announced as a member of the new Libra Association established by Facebook until it withdrew in October, along with a number of other companies.

Additionally, in February of this year, Visa announced it had granted permission to Coinbase, a cryptocurrency exchange, permitting them to issue a debit card where individuals could spend their crypto through the card.