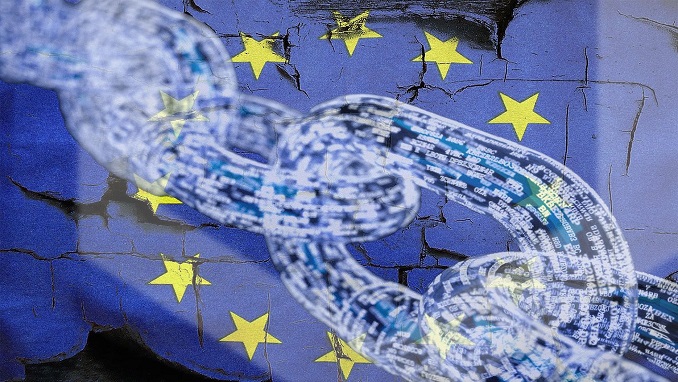 Banco Santander has announced that it has successfully issued a bond that is backed by end-to-end blockchain, and possibly revolutionizing the bond technology. The news was revealed on September 12th through a press release issued by the bank itself.

As stated in the press release, the technology behind the bond consists of the Ethereum (ETH)trade blockchain. Since this is an open source technology, it ensures that the bond is tokenized and registered without facing any issues with the authorities.

The cash that was required for the investment has also been tokenized. This has ensured that the one year maturity bond does not rely on third parties for the transactions, and hence making the whole process simpler, faster and more efficient.

“Santander is at the forefront of the profound digital transformation of the financial sector and this transaction is one example. We want to take advantage of any technology that can accelerate that process, so that our customers thrive and be faster and more efficient, and blockchain is one of those technologies.”

The global head of Santander Corporate & Investment Banking, Jose Maria Linares, talked about how the idea of introducing the bond came from their clients’ demand. It is not a secret that blockchain technology is more secure than the other existing technologies; to ensure their client’ safety, the bank decided to use it. This sends out a clear message to its clients and competitors that Banco Santander puts the wishes of its clients first and is now leading in innovation in this field.

Santander received a lot of support from various sources for the project. The sources included Nivaura, which is a fintech company that aims to provide out of the box and innovative thinking. Allen & Overy also helped the bank in drafting of the legal details of the technology and the bond.

Banco Santander has become the first bank ever to issue such a bond. The bond is worth $20 million and has a quarterly coupon of 1.98%. Santander Securities Services is the tokenization agent and custodian of the cryptographic keys. The bank’s global division that works with institutional and corporate clients has been working on Santander’s blockchain technology since 2016. It also played the role of a dealer for the issuance of the bond.