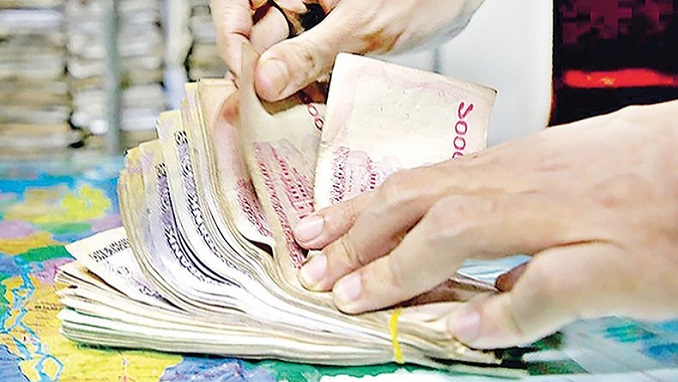 Deposit growth in the country’s banking sector was 13.5 per cent in 2020, while the growth rate was 16.67 per cent in Shariah-based banks, according to a Bangladesh Bank report.

The BB report also showed that the lending growth in Islamic banks was 11.93 per cent in 2020 compared with 8.14 per cent growth in the overall banking sector in the same period.

With increasing public interest in the Islamic or Shariah-based banking system, the market share of the Islamic banks against the overall deposits in the banking industry rose to 25.69 per cent at the end of December 2020 from 24.82 per cent a year ago.

BB officials, however, said that a strict compliance with rules and regulations had become very much essential for sustainable growth of the Islamic banking sector. As a Muslim-majority country, demand for Shariah-based banking products is on the rise, they said.

The BB’s quarterly report for the October-December period of the year 2020 said, ‘To address Shariah compliance issues of Islamic finance industry properly, adoption of more Shariah standards from Shariah supervisory and auditing organisations will be useful.’

In this direction, the Islamic banks and conventional banks having Islamic banking branches and windows may undertake necessary action to be members of the Accounting and Auditing Organisation for Islamic Financial Institutions (AAOIFI), it said.

To reap the benefits of the growing popularity of the Islamic banking segment, two of the country’s conventional scheduled banks — NRB Global Bank and Standard Bank — were converted into Islamic banks in February 2020. Apart from the two banks, eight full-fledged Islamic banks are operating with 1,311 branches.

With the 10 full-fledged Islamic banks, there are 60 banks operating in the country. The 60 banks have 10,752 branches.

The government has launched Shariah-compliant bond, the Bangladesh Government Islamic Investment Sukuk, and raised Tk 4,000 by issuing the bond in December, 2020.

In 2020, a research report of global rating agency Moody’s Investors Service said that the conversion of the two conventional banks into Islamic banks in Bangladesh was credit positive for the Islamic banking sector of the country.

‘A bigger Islamic banking presence will raise awareness among the Muslim-majority population on financial products that are Shariah compliant. The subsequent rise in demand is likely to outweigh the increased competition, which will in turn drive growth and profitability of the sector,’ Moody’s observed.

With the growth in market influence of the Islamic banks, the traditional banks are losing market share. Excess liquidity in the Shariah-based banks tripled to Tk 29,317.5 crore at the December-end quarter of 2020 from Tk 9,732.64 crore a year ago.