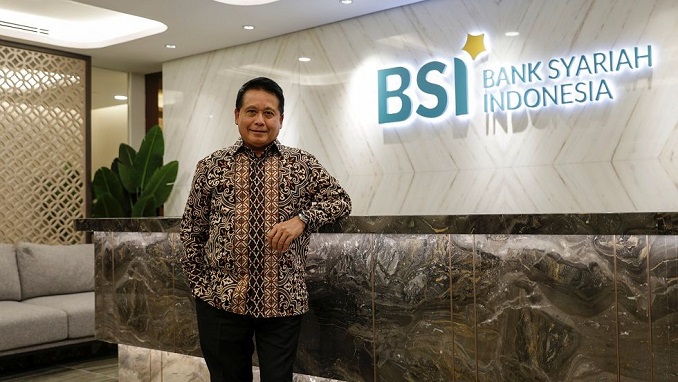 BSI was formed this year via a merger between the Islamic banking units of state-controlled Bank Rakyat Indonesia, Bank Mandiri and Bank Negara Indonesia, making it Indonesia’s seventh-biggest bank.

The lender plans to double its 240 trillion rupiah ($16.84 billion) of assets in the next few years to become the No. 5 lender, while targeting the highest return on equity among local banks by 2025, Chief Executive Hery Gunardi said in an interview.

Indonesia has the world’s biggest Muslim population of more than 230 million, but its Islamic banking is dwarfed by conventional finance, something Hery blamed on a lack of understanding and a smaller pool of capital.

BSI plans to address this by targeting a community of more pious, middle class millennials. The strategy includes developing a better online banking experience connected to popular e-wallets and e-commerce platforms, which also has religious features, he said.

“BSI Mobile provides … features such as a function to find mosques, a prayer time reminder, and there is a ‘ziswaf’ feature, the zakat, infaq, and waqf,” Hery said, referring to Islamic alms giving and endowment, adding that such payments amounted to over 100 trillion rupiah a year.

BSI also plans to strengthen wholesale banking, an area where traditionally Indonesian Islamic banks have shied away from due to weak capital backing, Hery said.

BSI is considering opening a branch in Dubai this year to serve Indonesian companies that want to market Islamic bonds to Middle East investors, Hery added.

However, for now, BSI is focusing on integrating banking systems and branches from three different lenders to serve its 15 million customers, a process Hery expects to be completed by the end of November.