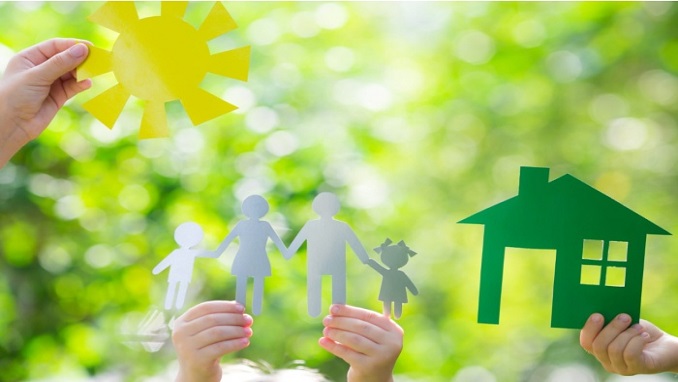 The Guardian reports that the UK budget – due to be revealed by chancellor Rishi Sunak tomorrow – is the last formal budget to be released before the COP26 talks later this year and will be “a vital test of Boris Johnson’s green credentials”.

According to the Times, the budget is likely to include £27m to create an “energy transition zone” in Aberdeen, £5m for an “underwater technology centre” in Scotland and £2m to a North Sea transition deal “to help oil and gas companies move towards a more environmentally friendly future”.

The Press Association, via the Belfast Telegraph, and the Scotsman note that that, overall, a £57m investment in jobs and green energy is expected to be allocated to Scotland in the budget. Meanwhile, the Guardian reports that, according to a new report commissioned by Friends of the Earth, 250,000 green apprenticeships could be created using around £10.6bn of government money.

The outlet notes that, according to the report, around 50,000 young people between 16 and 24 are out of work, and the number could double when the furlough scheme is withdrawn.

BusinessGreen notes that the report identifies London, West Midlands and Greater Manchester as the most notable regions for training, with a potential for 44,200, 19,400, and 14,000 new green apprenticeships each. It adds that the training could be delivered “at a network of national and regional ‘Centres of Excellence for Zero Carbon Skills’ at further education colleges”.

The Sun notes that, according to Friends of the Earth, “the chancellor could tackle both climate change and soaring youth unemployment in one ‘double whammy’” with this plan, and urges Sunak to include this in tomorrow’s budget. The Daily Express also covers this report.

Meanwhile, an editorial in the Sun claims “victory” for its “legendary Keep It Down campaign”, as it reports that fuel duty will be frozen in the new budget for the tenth year running. The Sun also covers it via a news story.

A commentary by Tim Lord of the Tony Blair Institute for Global Change (and, until recently, a government advisor) also notes that there will be no increase in fuel duty – in line with the freeze seen in the past decade. Lord points out that fuel duty raises around £30bn in revenue per year, adding that if it had continued to rise as planned since 2010, emissions would now be 5% lower, and revenues £10bn higher.

DeSmog also comments on the increase in road transport emissions, citing analysis from Carbon Brief. In other news, the Sun reports that MPs produce 4,000 tonnes of carbon every year by eating meat and 2,000 by heating their homes, noting that campaigners have “urged politicians to go veggie and save the planet”.

Meanwhile, in an interview with the Sun, Boris Johnson announces there will be “no additional taxes on meat or carbon”. Politico also reports on this interview.

In other news, the Financial Times reports that “experts are warning that decarbonising the electricity grid was, in many ways, the easy part of the journey to net zero”. For example, it notes that, according to the Committee on Climate Change, annual spending on greening by the private sector will peak at £50bn by 2030 – one eighth of current annual investment from the public and private sectors.