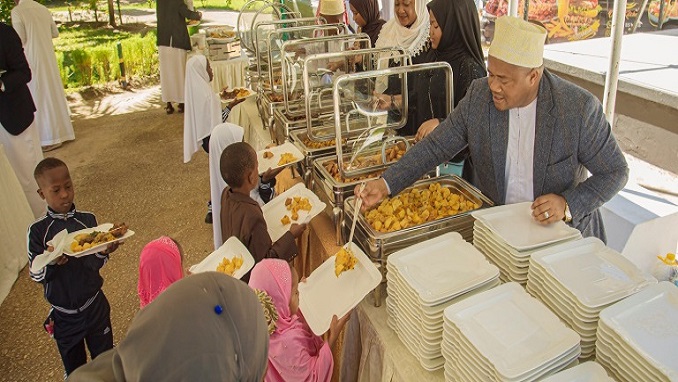 CRDB Bank is set to establish an Islamic banking window in two months, it has been learned. The managing director, Abdulmajid Nsekela said this in Dar es Salaam at the weekend when handing over assorted food items and other groceries worth 10m to orphanage centers as part of the financial institution to mark the beginning of Ramadan.

CRDB is finalizing the process of establishing an Islamic banking window that will enable bank clients to access services and loans as per the rules of money trading in that religion. The bank’s leadership was sticking to a tradition of assisting the less fortunate in the community.

“It has been a tradition for CRDB to provide humanitarian aid to the needy in the community during the month of Ramadan,” he said, noting that this drive was both a bank decision and a family wish to extend assistance to orphanages taking care of less fortunate children.

The commodities will be supplied to ten orphanage centers in Dar es Salaam, with five centers receiving 1m each in cash while the rest were given foodstuffs and other groceries.

Orphanage centers which received foodstuffs and other groceries are Ali bin Atalip of Chanika, Amani Foundation of Kigamboni, Irshaad Islamic of Kimara, Hiyari Orphanage center of Temeke and Tarbis center of Kijitonyama.

Speaking at the event, Sheikh Issa Othman who is chief imam of Maamur mosque, said that those who bring relief to the needy especially during the month of Ramadhan receive more blessings.

He praised CRDB as a bank providing Ramadan offerings as its head has shown the way, expressing the hope that other financial institutions will do the same, “putting a smile on these children’s faces who lost their parents.”

Speaking for the beneficiaries, Hajjaty Abdallah, who runs the Amani Foundation for Orphanages Kigamboni centre called on the public to visit and support orphanages.

“Most orphanages face serious shortages of essentials such as beds and mattresses but also lack clean water and often struggle to pay utility bills,” he added.