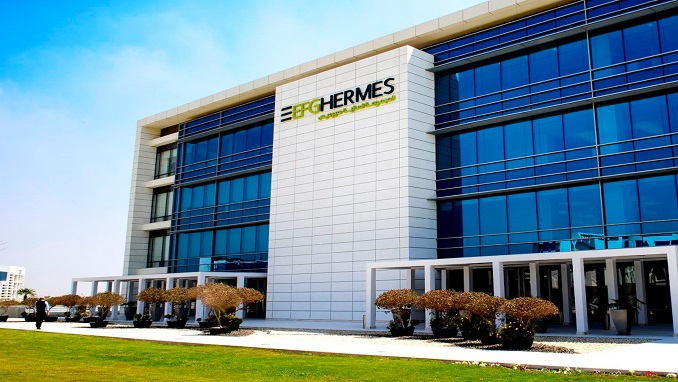 EFG Hermes, the leading financial services corporation in frontier emerging markets (FEM), has for the first time been named the Best Investment Bank in Frontier Markets in 2021 by Global Finance magazine, one of the most renowned international publications covering financial institutions.

The Firm was also named Best Debt Bank in Africa by the publication’s ranking of the World’s Best Investment Banks in 2021.

The recognition highlights EFG Hermes’ unrivaled frontier market offering, just four years since expanding its reach beyond its core MENA markets. The Firm’s achievements in the FEM space during the year ranged from top rankings in key markets to landmark investment banking transactions.

In 2020, EFG Hermes ranked first on the Nairobi Securities Exchange and first in Pakistan by market share of international financial institutions trading the Pakistan Stock Exchange, and second by value traded on the Nigerian Stock Exchange; highlighting the strides made in newly entered markets.

The Firm’s Investment Banking division successfully completed an advisory to Pakistan’s United Bank Limited (UBL) on the sale of the assets and liabilities of its Tanzanian subsidiary, UBL Tanzania (UBLT) to Exim Bank Tanzania Limited.

The UBL advisory is EFG Hermes’ first cross-border M&A transaction in East Africa since entering the Kenyan market in 2017 as a launching pad into the region.

“To receive these prestigious accolades speaks volumes as to how hard the team has worked, not only to enter these markets but to gain the kind of foothold we have in just four years. This recognition is a testament to our unique footprint in these compelling markets in which we provide clients with unrivaled on-ground access to all markets across the FEM universe,” said Ali Khalpey, CEO of EFG Hermes Frontier.

2020 was a landmark year for the Firm’s Investment Banking team, which closed record 24 transactions valued at USD 1.7 billion during the year, 14 of which were in the debt capital market space alone.

The division closed two Sukuk deals in 2020 worth USD 165 million, five securitization transactions worth USD 139 million, and six debt arrangements worth USD 422 million as part of its drive to build its debt franchise across numerous industries.

“We’re incredibly proud of the strides the Investment Banking team has taken this year to diversify our service offering, not only to mitigate the impacts of the global slowdown affecting equity markets but to offer world-class services and innovative deals that meet our clients’ rapidly changing needs,” said Mostafa Gad, Co-Head of The Investment Banking division. “We’re thrilled to be receiving this recognition as a leader in the African debt space, having paved the way for growth in new instruments such as Sukuk and securitizations in our home market of Egypt.”

The success of the EFG Hermes team this year has allowed it to garner several accolades, including being named the top Frontier Research House on the Institutional Investor 2020 poll for the third consecutive year, with key analysts ranking 2nd and 3rd individually.

Global Finance editors, with input from industry experts, use a series of criteria—including entries from banks, market share, number and size of deals, service, and advice, structuring capabilities, distribution network, efforts to address market conditions, innovation, pricing, after-market performance of underwritings and market reputation—to score and select winners, based on a proprietary algorithm.