Home North America Fortune: 41% of Americans Say They Won’t Ever Invest In Cryptocurrencies 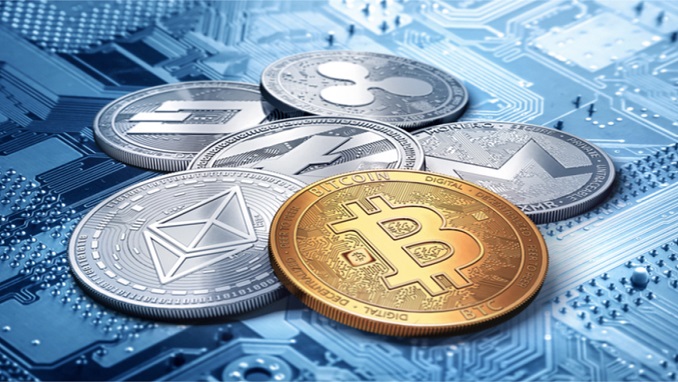 Who buys Bitcoin and its cryptocurrency ilk? A relatively small segment of the population, according to a June survey by cryptocurrency app Gem and analytics firm Harris Insights.

Roughly 8% of Americans invest in cryptocurrencies such as Bitcoin, Ethereum, and Litecoin, the poll of over 2,000 adults revealed. In comparison, roughly 52% of Americans own stock, according to a Gallup poll from 2016.

What is perhaps more daunting to Bitcoin’s supporters who hope to boost the asset’s popularity: About 41% of those same adults say that nothing could motivate them to invest in such digital assets.

The survey comes during a year when the value of cryptocurrencies, including Bitcoin, have plummeted from a $20,000 high in December. As of Wednesday, the price of a single Bitcoin stands at roughly $6,300. Much of the excitement around cryptocurrencies from 2017 has given way to concerns about how to regulate Bitcoin and other so-called digital currencies.

Now, at least in the U.S., regulators appear to be combing through the plethora of cryptocurrencies to decide which ones should be subject to more onerous securities laws. Meanwhile, much of the crypto sphere lies in a state of uncertainty.

Another interesting tidbit from the research: Those earning more than $100,000 annually are less likely to invest in cryptocurrencies than those with lower earnings.

“We find that younger people with less income are more willing to put money in crypto,” said Gem founder and CEO Micah Winkelspecht. “My guess is that crypto is of the digital age. And the younger generation is of the digital age and used to doing everything on the internet.”

He acknowledges that the phenomenon of less wealthy investors entering the cryptocurrency fray may also be due, in part, to a “get quick rich” mentality. Though not a direct comparison, it’s worth noting that people in lower income brackets are more likely to enter the lottery, according to 2011 research in the Journal of Gambling Studies—even when the likelihood of hitting the jackpot is miniscule.

“The cryptocurrency space is still in its Wild West phase, so there’s potentially some of that going on,” he said. “When you have less to protect, you are more willing to take the risk.”

Still, as a startup founder in the cryptocurrency space, Winkelspecht is hopeful that we’ll see increased adoption by the mainstream public. Gem commissioned the survey in part to understand what could sway investors to purchase digital assets. And indeed, 50% of respondent did say they are willing to try out the asset class in the future.

In that group, it’s the lack of easily understandable basic information about cryptocurrency that presents the largest barrier to entry, with 20% of respondents saying more information could motivate more cryptocurrency purchases.

“If these potential investors have access to better information and cut through a lot of this noise, that could be a big opportunity for crypto,” said Winkelspecht.