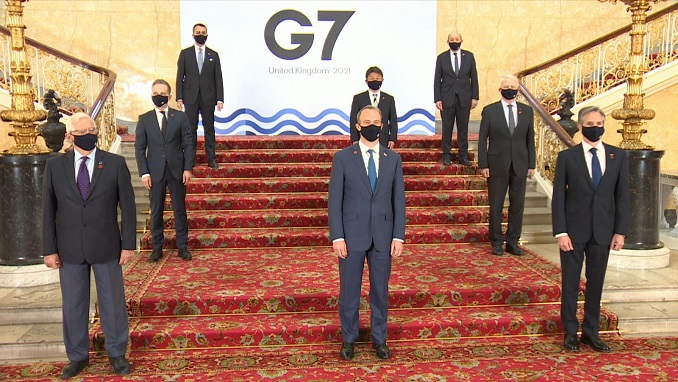 The track record of large-scale investment intervention comes with significant environmental, social and debt sustainability risks, writes Blake Goud, CEO of the Responsible Finance and Investment (RFI) Foundation, ahead of the start of the G7 Summit in the UK on June 11.

The Group of Seven Nations is reported to be working on a new climate-related infrastructure initiative that is expected to be called the Clean Green Initiative. As described, it represents a response from the G7 countries to the Belt and Road Initiative which China launched in 2013 that has funded $200 billion to date and expects to invest up to $1.3 trillion by 2027, according to Morgan Stanley.

In contrast, the “Clean Green Initiative” may come out as a strategic framework for sustainable development and green transition funding, rather than a new source of funding.

There are several ways the G7’s Clean Green Initiative could develop, but its success or failure will depend critically on how it is designed to either exacerbate or alleviate debt sustainability concerns of recipient countries and how much environmental and social safeguards are included.

If well designed, the Clean Green Initiative could avoid some of the challenges that faced the Belt and Road Initiative, while contributing more towards recipient country’s sustainable development and green transition.

In the first eight years of the Belt and Road Initiative, two issues came to the forefront as concerns for recipient countries, namely debt sustainability and environmental or social safeguards. China has taken criticisms for whether projects led to a ‘debt trap’ with projects requiring unsustainable debt levels and countries – most recently Montenegro – seeking debt renegotiation as a result.

In their research in 2019, the World Bank found that among the 43 countries they had data for along the Belt and Road corridor, most already had high pre-existing debt levels and warned that some “could suffer a further medium-term deterioration in their outlook for debt sustainability” as a result of related projects.

This adverse impact creates challenges for both the Chinese government and its banks making the loans, but also for other responsible financial institutions and investors due to the macroeconomic impact of unsustainable debt.

For recipient countries, especially those that end up with unsustainable debt loans, their economic case for infrastructure projects can be weakened both by negative environmental and social impacts, especially for projects where the delivery contracts for projects are concentrated with Chinese firms.

Projects funded with debt by foreign countries where contractors are limited to or significantly concentrated among the creditor countries can often be more expensive to complete. They also have more limited stimulative impact on the local economy that could make the debt more sustainable by boosting short-term growth, in addition to delivering an asset that benefits the economy long-term.

These are not unique problems to the Belt and Road Initiative; they have been a problem in investment projects and in relation to aid from Western governments as well.

It became a significant barrier that led multilateral development banks to pursue the Highly Indebted Poor Country (HIPC) Initiative beginning in 1996 which eliminated more than $100 billion in debts from 37 countries since then.

Similarly, many of the social and environmental risks that accompanied massive Belt and Road Initiative projects echo earlier issues that led to the creation of agreements like the Equator Principles for banks providing project financing.

A similar process to increase the social and environmental standards for the Belt and Road projects has developed as in previous generations with the Green Belt and Road Initiative.

In this context, if the Clean Green Initiative is a strategic framework rather than new funding, then it likely will not bring significant change to the mobilization of resources for sustainable development and the green transition. It could, however, provide assistance in lowering the barriers to accessing funding already available which will make a useful contribution to emerging and developing countries.

Developed countries including those of the G7 pledged in 2009 COP16 accord to mobilize jointly $100 billion per year for developing countries for climate mitigation but likely failed to meet this target according to a report by the Independent Expert Group on Climate Finance.

That group outlined several challenges that the Clean Green Initiative could support even without committing new money apart from the $100 billion annually that is already committed.

It found problems that could be addressed including that “there have been a number of important shortfalls in the quality and composition of climate finance flows – in the low levels and declining share of grant finance, the under-funding of adaptation, the lack of adequate finance for [least developed countries] and [small island developing states], and obstacles to expeditious access by developing countries to climate finance”.

If the G7 Clean Green Initiative is designed to go beyond the climate financing pledge and direct new funding it could combine some of the lessons that are being re-learned under the Belt and Road Initiative that was also the result of earlier interventions from G7 and other developed economies.

Debt relief would be one way to make an impact that would be particularly relevant for the post-COVID world where otherwise many developing countries will be hamstrung by high debt levels.

This would require significant investment from G7 countries and action by multilaterals such as what is being proposed by the Debt Relief for a Green and Inclusive Recovery initiative. That proposal would involve debt exchange with any reduced debt servicing requirement reinvested by the countries for green and inclusive recovery programs.

It would also promote voluntary swaps (e.g., debt for nature swaps) for less indebted countries that could, among other things, be used by countries to replace interest-based external debt with local currency sukuk to fund the required interventions to fulfill the debt swap.

With few details currently available on the G7’s Clean Green Initiative, it remains unclear exactly how the G7’s answer to the Belt and Road Initiative would seek to make a difference. What is clear is that the track record of large-scale investment intervention comes with significant environmental, social and debt sustainability risks.

Progress on mitigating climate change, natural capital degradation, loss of biodiversity and addressing a multitude of global public health challenges make the urgency for immediate action even more acute. As action is taken on these global challenges, there won’t be time to re-learn the mistakes made in previous interventions whether by developed G7 countries or with the Belt and Road Initiative.

Extra effort will need to go into whatever the details of the G7’s final Clean Green Initiative for it to have aa positive impact on recipient countries, and open up new financing opportunities in support of sustainable development and the green transition.