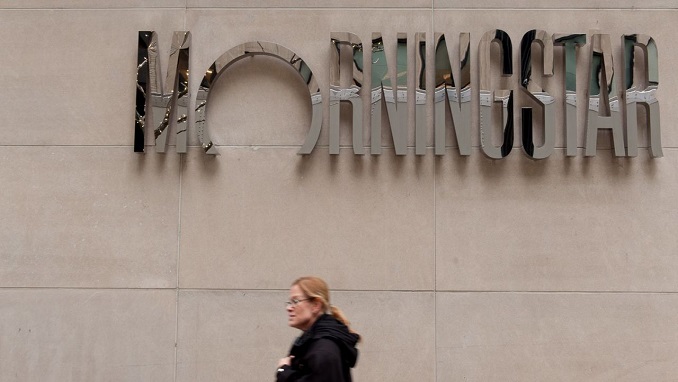 Canadian retail investors can now find renewable fixed income in a newly-listed ETF. If you want your portfolio to be ‘green’, you now have an exchange traded fund (ETF) option that holds green bonds. What are these bonds, why now, and should you be worried about ‘greenwashing’?

“The green bond market is still relatively young, having launched in 2007 with issuance from the European Investment Bank and the World Bank. It was just a matter of time before the retail segment came on board,” noted DBRS Morningstar’s Radi Annab, Vice President, Infrastructure, Power & Utilities – Global Corporates in a report on Canada’s growing role as an issuer.

Last week, it happened, when Horizons ETFs launched the Horizons S&P Green Bond Index ETF (HGGB), the first in Canada, it says, that “focused exclusively on providing exposure to a portfolio of global green bonds – a type of fixed-income instrument that raises capital for projects with specific environmental objectives or benefits.”

Annab agrees that “the growth has been incredible.” He points out that sustainable investing started with green loans and green bonds. Many of these investments have green ‘use of proceeds’, meaning that the proceeds from these bonds are earmarked for green projects but are backed by the issuer’s entire balance sheet.

“Green bonds are a valuable innovation in finance and potentially a powerful force for decarbonizing the global economy,” says Morningstar’s Director of Investment Stewardship, Jackie Cook.

“These bonds are arguably the most responsible and direct way for investors to put their investment dollars to work towards a greener future because these bonds are earmarked solely for environmentally-focused projects,” Hawkins says.

But this is a new field, and while promising, Cook also warns that there is the risk that green lending may also inadvertently support carbon-intensive business models. “Green bonds, in particular, may be an asset class vulnerable to greenwashing,” notes Cook.

What’s ‘greenwashing?’ Simply put, greenwashing is when a company claims that it’s products or services are environmentally sound, when in fact, they are not. Horizons acknowledges that this is a risk in a nascent segment with standards that are still solidifying.

“An environmentally-focused investor that believes they’ve invested in a responsible product because it’s marketed as ESG, only to find out later that it includes pollution-intensive oil and gas companies, is going to lose faith in the responsible investing approach. That’s not right,” Hawkins says.

“There’s a strong and growing demand for green bonds – increasingly we’re hearing about the ‘greenium’ where investors are prepared to pay higher prices for a slightly lower investment yield. This means that there are incentives for greenwashing at each level of finance, from the issuer up,” says Cook.

She sees the risks of trust erosion between retail investors and their fiduciaries and adds that there are also more direct financial risks to investors overexposed to assets that may have been misrepresented or mispriced.

“Greenwashing is ultimately a risk to financial stability, which is why it’s receiving such a lot of attention from securities regulators and banking supervisors in Canada, Europe and the US as well as from representative international bodies like IOSCO and BIS,” notes Cook.

Hawkins notes that the CFA Institute and regulators are actively looking at formalizing ESG disclosure standards which he hopes will help investors avoid being misled. Cook agrees, while also contending that the lending segment of the ESG space requires some additional considerations when it comes to authentication.

“The concern is that lending institutions motivated to fulfil green lending promises extend green finance on favourable terms. Issuers, like oil and gas companies, that would otherwise be incentivized to commit to lower carbon business models, may instead see an opportunity in packing strategically marginal projects in a green box, thereby lowering their overall borrowing costs.

Hawkins says Horizons is hoping to help fill the gap by using both negative and positive screens to help authenticate investments.

With a management fee of only 0.45%, it comes as no surprise that the ETF uses an index approach for its screening process – a passive approach relative to active mutual fund strategies – which, in the ESG space, has proven in the past to have some disastrous outcomes. But the lines between active and passive are blurring as fund companies continue to improve their processes through collaborations with active verifiers – especially in the bond space.

In fairness to the fund providers that are making use of alternative authentication sources in the meantime, “it’s hard to do green-washing [with green bonds] with the third-party verifiers,” says Annab.

For the challenges of going green with lending, it’s also worth considering the potential downsides for debt that isn’t earmarked for environmental goals. The Bank of Canada recently pointed out in a report that assets exposed to climate-related risks are generally mispriced.

“This mispricing can leave investors exposed to sudden losses in the value of carbon-intensive assets as the economy transitions to a lower-carbon-emitting state. Take interest-coverage ratios,” Annab agrees, mentioning that from a creditor’s perspective, ESG risks can come at a cost.

He mentions ‘sustainability-linked bonds,’ a type of loan that’s tied to a specific objective that has a mechanism that can penalize borrowers for not meeting stated ESG objectives.

“Gibson Energy (GEI) for example, has a loan with a step-up/step-down feature based on reducing their emissions by 15%.” If the company fails, the loan ‘steps-up’ (and they pay more interest).

Annab also points to major material risks from regulations and penalties occurring increasingly frequently, and that can come at a growing cost to companies that still haven’t caught up. He points to the recent order from a Dutch court for Shell (RDS.A) to cut emissions by 45% by 2030. “It’s going to have a cost,” he says.