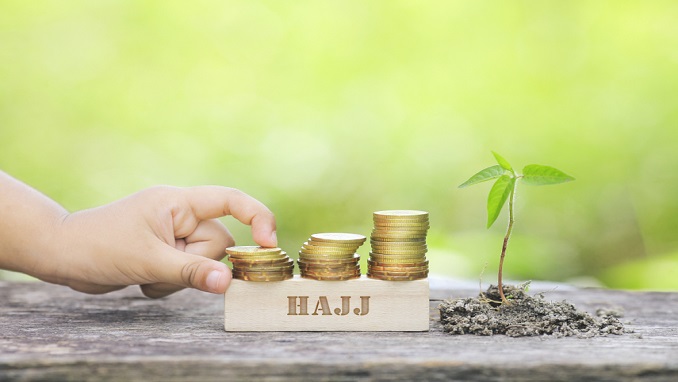 The Indonesia Hajj Fund Management Agency (BPKH) has set its sights on boosting direct investment – which it sees as the best way of driving ESG changes – in 2021 after the global pandemic put the brakes on its ambitions last year, executive director Hurriyah El-Islamy told a recent panel at the AsianInvestor Investment Summit.

El-Islamy, who is In charge of foreign investments and international relations at the fund, told the panel titled “ESG: Ask Me Anything” that direct investments both in and outside Indonesia had previously been put on ice until conditions improve.

“We had declared 2020 the year of direct investments,” she told the panel on June 2, adding that the global pandemic had hampered investors’ ability to carry out due diligence. “So we have repeated this same theme for 2021.”

El-Islamy believes it’s easier to drive ESG through direct deals because investors can then leverage their position to demand changes. If, at the evaluation stage, the fund identifies ESG areas in which the target company is lagging, it is able to make the investment contingent on it implementing changes.

“With direct investing, we are in a better position to include ESG as part of our requirements and T&Cs,” she said. BPKH’s pipeline includes investments in transportation, food industry and other areas relating to Hajj, El-Islamy added.

The fund currently manages $10.5 billion for 5.1 million Indonesians waiting their turn to travel to Mecca. One of the five pillars of Islam, Muslims physically able to do so must visit the holy site in Saudi Arabia at least once in their lives.

The waiting list for Indonesians can be as long as 41 years, given the quota allocated to Indonesia by Saudi Arabia, and cost around $5,000, or 6 times the median monthly salary. BPKH grows members’ Hajj savings and commits to subsidising 50% of the cost.

Shariah-compliant investors often highlight the overlap between Shariah-compliant and ESG investing, given both have wider non-financial objectives. El-Islamy said the fund last year invested in waqf-linked sukuk (endowment-link Islamic bonds) and refined its criteria to increase emphasis on investments that add value to society.

“So while the ‘G’ in ESG has always been part of our selection process, since 2020 we have placed more emphasis to the ‘E’ and ‘S’ aspects of ESG,” said El-Islamy.

Integrating ESG into their externally managed portfolio has so far been easy, she says, because the asset managers they work with are explicitly committed to ESG. Some are signatories of the United Nations Principles of Responsible Investment (PRI), which requires them to issue periodical PRI assessment and transparency reports.

For others, BPKH monitors their portfolio and other periodical reports.

“We have even gone the extra mile for one asset manager by securing a seat on their supervisory committee to ensure we can not only track their ESG engagement, but that we are in a position to influence their strategy to achieve goals.”

El-Islamy is convinced about the benefits of ESG engagement from a financial perspective as well.

“We have seen real examples of where failure to adopt ESG has had direct impact to companies’ returns and profitability,” she said, giving the 2015 Volkswagen emissions scandal and 2010 BP oil spill as examples of where a company failed on environment, and the 2001 Enron scandal as an example of where it failed on governance.

“Prior to the pandemic we could already see an increase in profitability for those committed to ESG, as opposed to those not,” she said.

BPKH is subject to a cap of 20% on direct investments (in or outside Indonesia); a 5% cap on gold; and a 10% cap on “other investments”, which include foreign banking products, external asset managers and money market instruments.

The remainder should be invested in negotiable instruments such as sukuk.

In terms of returns, BPKH had set a target of IDR7,1 trillion ($496.5 million) for 2020 under the assumption it would make payouts. On Thursday (June 3), Indonesia’s religious affairs minister announced the 2021 pilgrimage would be cancelled for a second year running due to the ongoing Covid-19 pandemic.

Due to the absence of withdrawals, BPKH achieved above-target returns of IDR8,44 trillion ($590.2 million), or 5.6%, in 2020. This was despite the decline in the rate of return for placement in banks and investments in negotiable instruments, El-Islamy said. The fund is targetting returns of 5- 7% each year between now and 2024, assuming Hajj is allowed to resume next year.