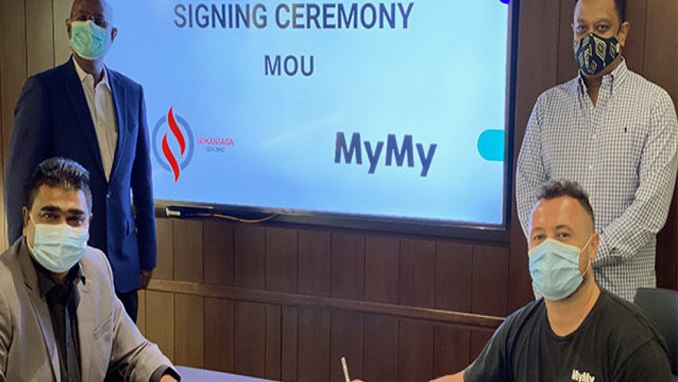 Islamic fintech companies MyMy and Sukaniaga, which runs the MyAzZahra cooperative financing portal, signed an agreement confirming their partnership to build the consortium and bid for one of five digital banking licenses the central bank will be issuing in March 2022.

To strengthen its chances of getting a license, the duo is seeking a third strategic partner, ideally a “tier-one Malaysian company with strong financials and a large customer base for distribution,” they said, before making their application to the central bank.

Fintech start-up MyMy itself had expressed interest in securing a license to become a regulated Islamic digital bank when BNM first opened license applications with a deadline set for the 30th June 2021.

Late last year, the start-up closed a seed round from the armed forces cooperative Koperasi Angkatan Tentera Malaysia that resulted in MyMy being valued at over RM50 million (US$12.32 million) and meeting BNM’s regulatory capital requirement for an e-Money license.

The portal was launched in 2018, and Sukaniaga holds the contract to develop and maintain the system until 2032. Last year, the agreement’s scope was expanded to include a marketplace and e-wallet, among other initiatives, in partnership with MyANGKASA’s parent company, the apex cooperative ANGKASA.

“Both MyMy and Sukaniaga have ambitions to revolutionize banking for the betterment of Malaysia’s six million (and the 100 million across ASEAN) cooperative members,” said Mohammad Shaharul, the managing director of Sukaniaga.