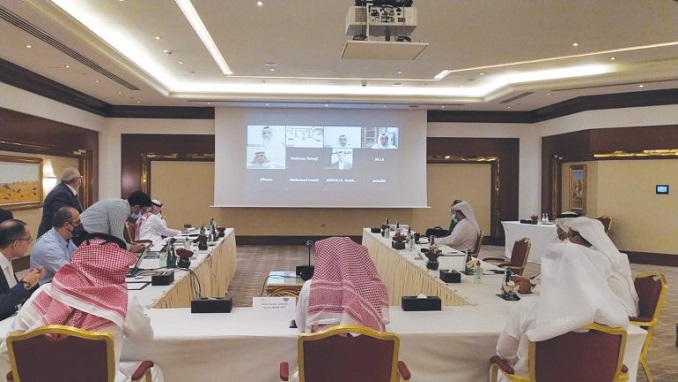 The Ordinary General Assembly of Masraf Al Rayan has approved distribution cash dividend of QR0.170 per share, representing 17 percent of the paid-up capital for the fiscal year ended on December 31, 2020. The General Assembly agreed to increase the size of Masraf Al Rayan Sukuk issuance program from its current size of $2bn to a maximum size of $4bn.

He said that the year 2020 was an exceptional year in which the world and the global markets faced unprecedented events; however, Masraf Al Rayan managed to overcome all the difficulties and achieved a net profit by the end of 2020 that amounted to QR2,175m, the fact which underlines strong performance of the Bank that succeeded in reserving its seat among the pioneers in a short period of time.

This will lead to the formation of a larger and stronger bank with a strong financial position and high liquidity with a variety of banking activities, customer portfolios, distinctive products, and a stronger base for financing development initiatives in line with Qatar National Vision 2030.

He added that Masraf Al Rayan upgraded the services provided to its customers up to higher levels and remained in line with the developments in banking services which are witnessing a rapid change towards e-services.

The decision to increase the size of Masraf Al Rayan Sukuk issuance program is based on the Board of Director’s recommendation to the General Assembly and the Central Bank of Qatar letter dated February 14, 2021, which approves increasing the size of the Sukuk issuance program (to a maximum size of $4bn), where the total issuances should not exceed 100 percent of the bank’s capital and reserves.

The General Assembly also authorised the Board of Directors and whomever the Board authorises or has previously authorised to take all necessary actions to follow up on the implementation and determining the final size of the Sukuk issuance Program, to update the base prospectus and all relevant transaction documents from time to time to reflect the increase in the program limit as and when required.

The Board of Directors report on the activities of Masraf Al Rayan, its financial position for the fiscal year ended on December 31, 2020, and the future plans of the Bank for the year 2021 were presented to the Ordinary General Assembly which were approved.

The General Assembly heard the report of the independent external auditors, Deloitte & Touche, regarding the level of Compliance of Masraf Al Rayan with the Article 24 of the Governance Code for Companies and Legal Entities Listed on the Main Market issued by Qatar Financial Markets Authority Board pursuant to Decision Number (5) of 2016, especially in relation to its compliance with the Articles of Association of Masraf Al Rayan and related regulations and instructions, as well as the extent to which Masraf Al Rayan applies best international standards in preparation of its financial reports and its adherence to the financial standards issues by the Accounting and Auditing Organization for Islamic Financial Institutions (AAOIFI) and applicable Qatar Central Bank instructions.

The meeting also approved the new guide of rules for the compensation and the remuneration of the Board of Directors.