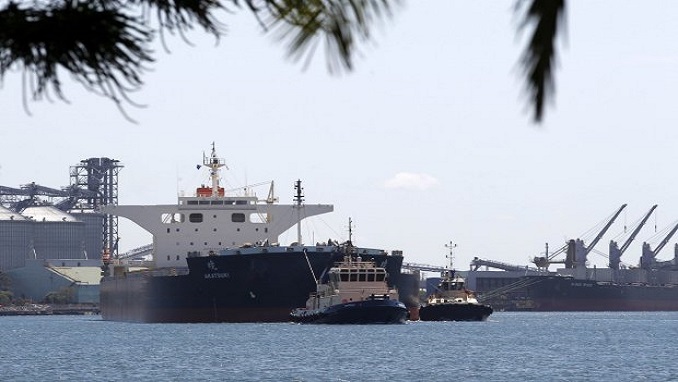 Port of Newcastle will pay lower interest under a half-billion dollar loan from National Australia Bank if it fulfils environmental and social commitments, which the bank says will lower the risk of lending to the company by helping to make it more sustainable.

The deal is the first time an Australia seaport has taken out a sustainability-linked loan, which sets out behavioural metrics to deliver a reduced borrowing rate, and the first time Port of Newcastle has linked sustainability with financing. It comes as the major banks ramp up their sustainable lending to meet rising demand from corporates.

Port of Newcastle has linked commitments to adhere to modern slavery laws with a $515 million NAB loan facility.

NAB said the discounts for sustainability-linked loans typically ranged between 0.02 per cent to 0.06 per cent, depending on the borrower and ambition of the targets. A margin premium can be applied if the targets aren’t met.

The $515 million facility will get the reduced interest rate if Port of Newcastle meets several commitments, such as reducing Scope 1 and Scope 2 greenhouse gas emissions below the 2025 trajectory based on the company’s “Well below 2-degree scenario”.

It will also need to ensure all existing and new suppliers are screened for modern slavery risk, and there is engagement with them if a medium or high risk is identified. The new modern slavery laws are designed to protect vulnerable workers offshore who are abused by employers.

To win the discount, the port will also establish an Aboriginal and Torres Strait Islander student internship program with The University of Newcastle, accredit a number of mental health first-aiders and show progression under the NSW Government Sustainability Advantage Recognition Scheme.

Port of Newcastle became the first port in Australia and New Zealand to be certified as an EcoPort in January 2020, and NAB said its loan with the port is the first sustainability-linked loan globally to align with principles set out in the International Capital Market Association’s Climate Transition Finance Handbook.

NAB is working with 100 of its largest greenhouse gas-emitting customers to help them develop low-carbon transition plans by 2023. It is also putting 75 of its bankers through intensive training under a partnership with Melbourne Business School on how to assess climate risk.

The sustainable loan market was only established in 2017, and over the four years to the end of 2020 the global market totalled $US311 billion – 13.5 per cent of the total sustainable debt market size – according to Bloomberg. Mr Gall said he expects the area to continue to grow.