Home Asia and the Pacific Pakistan Borrows $2.5b via Eurobonds 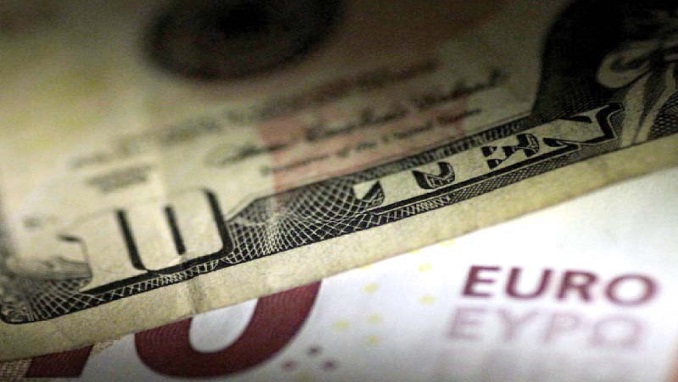 The government agreed to pay interest rates in the range of 6% for five-year maturity bonds and 8.875% for 30-year bonds, according to details released by the financial advisers. For 10-year maturity bonds, the country will pay 7.375% interest, they added.

Newly appointed Finance Minister Hammad Azhar will make a formal announcement about the Eurobond deal today (Wednesday). In the past one week, the government has borrowed $4.4 billion from the International Monetary Fund (IMF), the World Bank and global capital markets.

It is the first capital market transaction carried out by Pakistan in the last almost three-and-a-half years. The interest rates were relatively higher than initial expectations, indicating that investors charged a higher risk premium.

Compared with short-term expensive commercial borrowing, the long-term bonds are considered the preferred choice of instruments due to their longer maturity and no conditions attached.

The World Bank said on Tuesday that Pakistan’s public debt exposure related risks remain “elevated” and the country’s total public debt would mount up to 94% of gross domestic product (GDP) by the end of current fiscal year.

The country raised $1 billion through five-year bonds at 6% interest rate, which was 5.23% higher than the US benchmark rate.

Another $1 billion was raised for 10 years at 7.35%, which was 5.6% higher than the 10-year US Treasury rate. The 10-year borrowing cost was also higher than the one paid by the Pakistan Muslim League-Nawaz (PML-N) government in November 2017 on a similar instrument.

The government has paid a price that is also higher than the current yield on Pakistan bonds maturing in 2027 and trading in the secondary market at around 5.9%.

Pakistan has entered into global capital markets after over three years. This is the first global market transaction being carried out by the Pakistan Tehreek-e-Insaf (PTI) government.

In November 2017, Pakistan raised $2.5 billion from global capital markets through a five-year Sukuk and 10-year Eurobonds. At that time, the government had raised $1 billion through Sukuk at 5.625% and the rest of the $1.5 billion was generated through 10-year bonds at 6.875%, which was 455 basis points above the corresponding 10-year US Treasury benchmark rate.

The government is heavily dependent on the external borrowings to meet its financing needs and to keep the gross official foreign exchange reserves at a minimum threshold. This was because of almost stagnant exports and declining foreign direct investment.

The World Bank said on Tuesday that Pakistan’s exports would again fall this year but may pick up in the next fiscal year. In its South Asia report, the Washington-based lender predicted a flat foreign direct investment in this as well as the next fiscal year. The only silver lining was the foreign remittances that are showing healthy growth so far.

Pakistan’s credit rating is B negative by Standard and Poor with stable outlook and B3 by Moody’s.

The Pak rupee is currently appreciating against the US dollar after revival of the $6 billion bailout package by the IMF on last Tuesday. The government had hired the services of Credit Suisse, Deutsche Bank, the Emirates NBD, JPMorgan, Standard Chartered and the Bank of China for arranging the deal.