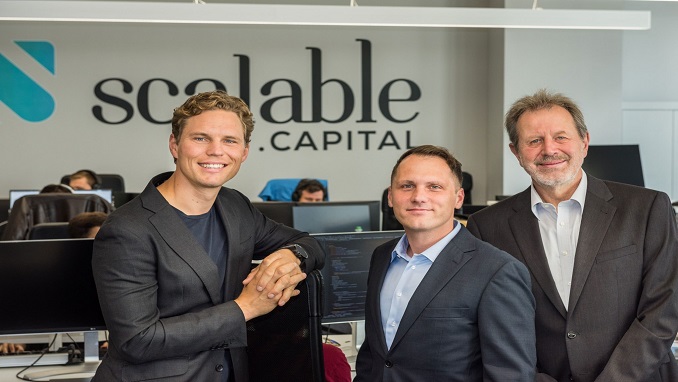 The round was led by Chinese technology company Tencent, which has also backed local fintechs like N26, Lydia and TrueLayer, and continues a trend of Chinese funds looking more closely at  European fintechs as attractive ventures. A company spokesperson confirmed that Scalable Capital is now worth an estimated $1.4b.

Scalable Capital is a neo-broker and wealth manager with over 250,000 clients and $5b in client assets on the platform. Half of those assets are invested in baskets of securities known as exchange-traded funds (ETFs).

“We see huge demand to invest money in the capital markets instead of leaving it in bank accounts. This comes against a backdrop of record-low interest rates, growing inflation and a widening pension gap”, says Florian Prucker, co-CEO and cofounder.

Germany’s other fintech unicorns are WeFox, Trade Republic, Deposit Solutions, Mambu and N26. Scalable Capital says it will use the new funds to expand across Europe, although it recently withdrew from the UK. The company is headquartered in Munich, with offices in London and Berlin.

European fintechs have seen increased deal flow from Chinese investors over the past few years.  Experts say this has been fuelled by heightened tensions between China and the US, strong European regulation, and growing pressure from Chinese regulators on domestic fintechs.

The investment in Scalable Capital shows a major Chinese investor branching out into new areas of fintech, beyond payments.

“Demand for accessible solutions of personal investing is increasing in European markets, particularly among millennials”, says Danying Ma, Managing Director of Tencent Investment about the investment in Scalable Capital.

According to data from Pitchbook, Tencent Holdings was the most prolific Chinese VC investor in European fintech as of the beginning of 2021.