Home Europe Sustainable Investing: Can You Do Well By Doing Good? 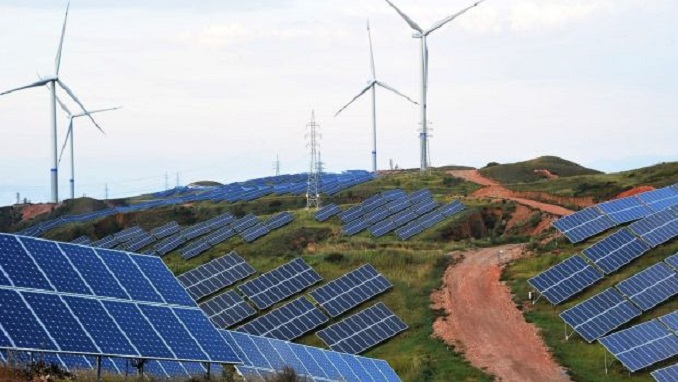 Ireland’s sovereign wealth fund is set to divest from fossil fuel stocks, the Church of Ireland has pledged to do likewise by 2022, while Norway’s $1 trillion sovereign wealth fund, the world’s largest, doesn’t invest in tobacco shares and has proposed steering clear of oil and gas stocks.

Sustainable investment is becoming increasingly mainstream, but can you really “do well by doing good”, to borrow that oft-used phrase? Or does embracing ethical investment principles mean sacrificing returns? Far from involving a financial hit, sustainable investment can be “a route to superior portfolio returns”, says Swiss fund giant Pictet Asset Management. The enormous growth in the industry suggests investors are buying into that message – more than a quarter of the $88 trillion assets under management globally is now invested in environmental, social and governance (ESG) assets, McKinsey estimated last year.

Some of that money, as in the case of the Irish and Norwegian sovereign wealth funds, is invested in funds that exclude so-called sin stocks that make money from alcohol, tobacco, fossil fuels and so on. However, a policy of engagement, whereby shareholders seek to use their influence to improve companies’ ESG policies, is much more common these days. As a result, some surprising names crop up in ESG funds and indices. British American Tobacco and Royal Dutch Shell, for example, are among the top holdings in Vanguard’s “socially responsible” European Stock Fund, while mining giants BHP Billiton and Anglo American can be found in the FTSE4Good UK index.

While different ESG investors may diverge in their approach, most agree there are obvious financial benefits to adopting some kind of socially responsible criteria, and that ethical companies often tend to be better investments.

In June, fellow billionaire Jeremy Grantham went further. A keen environmentalist, Grantham referred to how Bank of England governor Mark Carney “keeps telling the investment community” that it is “severely underestimating the pain of climate change in various quarters, notably in the oil industry, and, to a lesser extent, the chemical industry”.

“Oil may enjoy a last hurrah before the electric cars arrive”, said Grantham, “but when they do, there will be some tough times for a long time”. Long-term investors in such industries will, he warned, be left with stranded assets.

In contrast, subsidies in areas such as solar storage and wind power mean they are “becoming economic far faster than anyone realised”. Collectively, green investments will enjoy more rapid growth, said Grantham. “You can virtually depend on that.”

However, sceptics can point to evidence showing sin stocks have traditionally outperformed conventional investments. Tobacco, for instance, has historically proven to be the best-performing stock market sector. Some research suggests that shunning of tobacco stocks results in them becoming cheaper than they should be, less conscientious investors accordingly profit by nabbing these bargain stocks sporting high dividend yields.

What does the research say? A 2015 meta-analysis co-authored by Deutsche Asset Management analysed 2,200 studies on the subject and concluded “the business case for ESG investing is empirically very well-founded”, with 90 per cent of the studies saying ESG investing did not negatively impact financial performance. That’s echoed by Pictet, whose review of the evidence suggests ESG investing “carries no performance penalty and has the potential to boost returns”.

Divesting from just one sector is unlikely to substantially hurt returns, according to Jeremy Grantham. His fund, GMO, examined what happened when one sector was removed from an S&P portfolio. The answer: not much. According to to London-based Sarasin and Partners, if a fund excluded companies with revenues related to alcohol, gambling, tobacco, adult entertainment, weapons, shale oil and tar sands producers, it would be excluding 22 per cent of the entire investment universe.

In contrast, ESG investors who prefer engagement to divestment are likely to enjoy financial rewards, according to a 2015 study authored by renowned London Business School finance professor Elroy Dimson. Typically, a company’s financial performance improves and its stock price gains if institutional investors persuade management to improve ESG practices, the study found. Outperformance is especially marked if the company improves policies relating to corporate governance and climate change. Engaged investors have nothing to lose, as there is no market reaction to unsuccessful engagements.

In other words, ESG investors can outperform if they engage with corporate sinners. In contrast, investors who veto such companies, who wait until they have cleaned up their act, will, as Dimson put it, “be too late to the party”.