Home Europe Two City Lawyers on a Mission to Make Their Fintech the ‘Amazon... 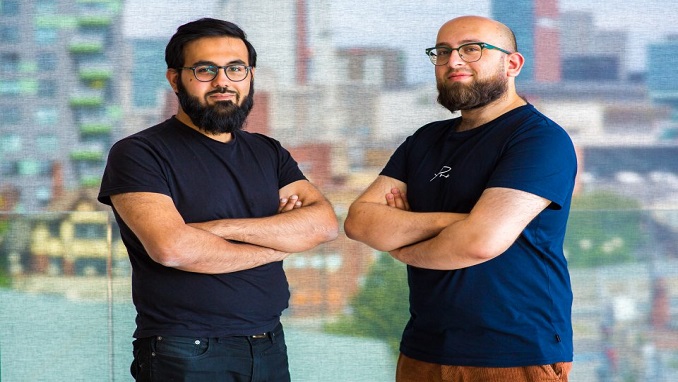 Islamic Finance Guru (IFG), a UK-based Islamic finance platform, has closed an investment round led by Outward venture capital, as the market for Islamic fintech grows.

The UK-based startup has raised £3m from Outward VC and B&Y Venture Partners.

The news come just a week after the Boubyan Bank Group announced that the world’s first Islamic international digital bank will be launched in the UK and the news in June that UK-based Ethos Invest was targeting a fund of £1bn, to make private equity investments in Islamic and ethical small and medium-sized enterprises.

The £3m investment will be used to support IFG’s growth as it expands its existing ten-person team and develops its products further, according to a statement.

Although the startup’s ambitions are global, IFG said it plans to focus on the Muslim community in the UK first which, it says, are the UK’s poorest faith community and are often excluded from traditional financial products due to the requirements of their faith.

The young firm, with over 80,000 followers across social media channels, said its platform is visited by over 120,000 people every month.

Additional investors include the co-founders of fintech unicorns Onfido and Acorns, as well as senior executives from Facebook, Bank of America Merrill Lynch and Credit Suisse. Alongside its comparison engines, IFG also provides proprietary sharia-compliant products, including digital Islamic wills.

The global Islamic fintech market is estimated to reach $128bn by 2025, a 161 per cent increase from 2020’s figure, according to recent data from Dinar Standard.

The IFG platform, founded by former City lawyers and Oxford graduates Ibrahim Khan and Mohsin Patel, provides a combination of investment advice and classical Islamic law about, as well as access to, financial products from partners, all aimed at a Muslim audience.

The purpose of the platform, which had humble beginnings as a blog in 2015, is to make the world of finance more accessible for Muslims.

Co-founder Patel explained the goal over the next two years is to “build out a scalable, unified and personalised Islamic finance platform that acts as a one-stop-shop for Muslims looking to invest and track their investments.”

His business partner Khan told City A.M: “We want to help bring a quarter of the world’s population back to even keel. For too long Muslims have not had the same access to investing and finance as everyone else, and we are incredibly motivated to change that.”

Khan, a co-founder who featured on Forbes ’30 under 30′, added: “We want to help bring a quarter of the world’s population back to even keel. For too long Muslims have not had the same access to investing and finance as everyone else, and we are incredibly motivated to change that.”

Ghafi Yafi, managing partner at B&Y, a venture capital firm, recognised there is a growing appetite for IFG’s services.

“Muslims make up around 20 per cent of the world’s population, yet they continue to be underserved today by banks and fintechs,” he noted.

Ultimately, his aim is to help the company “become the “Amazon” of Islamic finance.”