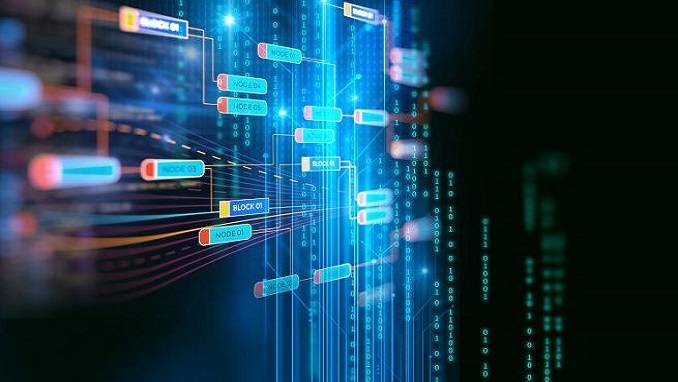 Serving humanity must be an objective of all human beings. There are many ways in which humanity can be served. One of the most convenient ways to do this is via donation. The most critical challenge facing the donors is uncertainty in knowing whether the donation is spent on the intended purpose.

The Islamic concept of Waqf in which donations are made for noble causes faces the same issue as well. This is the main reason why Waqf is declining in today’s era, where finding donors is a challenge. According to reports, Singapore-based fintech firm Finterra has developed a crowdfunding platform that uses blockchain to create smart contracts that would be linked to specific Waqf projects.

The word Waqf (plural Awqaf) is Arabic for to stop, to prevent and to restrain. In English, the term Waqf can be translated as religious endowment, as Islamic term Waqf means holding and preservation of a certain philanthropic charity with the intention of prohibiting any use or disposition of the property outside the specific purposes to which the property is dedicated, in such a way that it cannot be bequeathed or sold.

There is a consensus among Muslim jurists regarding the definition of these terms to mean the confinement of the Ayn (property) from the ownership and the dedication of its usufruct to charitable purposes. Cash Waqf is a type of Waqf which is categorised as movable Waqf. It aims to promote service to mankind by establishing the endowment using money as opposed to using immovable assets.

Unfortunately, the utilisation of cash Waqf and other forms of Waqf has declined since the end of 19th century due to mismanagement, colonisation and secularism. The situation, however, looks set to change. Recently there have been some efforts to revive the Waqf institution and the creation of moveable Waqf (cash Waqf) as an alternative way to solve the problems in economical dynamics. The existence of cash Waqf is expected to alleviate poverty and reduce the inequality in society. Cash Waqf plays an important role in providing public services needed by the community. It can be directed to achieve this under the condition that it is organised in such a way that reflects good governance. This would ensure that the donor/ waqif would be willing to donate to the fund.

The second one is the indirect cash Waqf, in this case the founders can create cash Waqf in order to be invested and the revenue generated to be channelled to the beneficiaries. A specified Waqf institution that acts as the trustee can call for founders to contribute to different needs in the society or to certain beneficiaries. And the founders can then contribute as cash Waqf to meet those needs or those beneficiaries. The beneficiaries can be mosques, universities, schools, hospitals, highways and other public amenities. The funds can also be used to feed the poor or needy, animals and for scholarships for deserving students. To ensure the perpetuity of cash Waqf, the trustee must invest the accumulated funds in any Halal project and only the revenue generated can be distributed in different proportions for the management’s expenses, for charity and to add to the capital as self-finance device.

INCEIF, the global university of Islamic finance based in Malaysia, is conducting research on the possibility of introducing Waqfcoin. The idea of Waqfcoin lies on the principles of cash Waqf. Both direct and indirect cash Waqf mechanisms will be practised via Waqfcoin. The underlying Shari’ah contract used to link Waqfcoin to humanity projects is by using the concept of Wakalah (agency) whereby the trustees of the Waqf will be the agents who will manage the donation activities and report the successful progress of these projects to the Waqfcoin holders (contributors/founders).

Blockchain technology can be used to build trust in Waqf management and to ensure accountability. The technology could also provide a comprehensive global database on Waqf which can be easily created and maintained in a transparent manner.

Waqfcoin basically can be defined as a dematerialised coin that is subscribed by the contributors based on the principle of donation or Tabarru’ where each coin represents a unit of the shares of the contributor towards the project in which the money received as contribution is spent. There will be no monetary return expected by the contributors, expect for being rewarded in the Hereafter.

It is estimated that globally about $1 trillion worth of assets are held in Waqf. Waqfcoin will be a convenient mechanism for contributors to serve humanity, using technology especially blockchain. This would pave the way for a Waqf market.

Islam encourages using innovation in Muamalat activities and there is scope to enhance and modernise Waqf using Waqfcoin. Waqfcoin will be the trusted name to offer a more efficient way to manage, receive and raise funds for donations to different humanity projects. Definitely developing a whole ecosystem using Waqf (Waqf market) will eradicate poverty in the world by promoting the concept of affordable giving culture. Through Waqfcoin we can definitely open doors for affordable giving to serve humanity as the slogan it promotes is: “purchase your house in heaven through Waqfcoin!”